Those of you still with me will remember a few years ago when I was dealing with a Skank. Well, the Skank and the Ex-hole have married. And as you can see it was a lovely wedding. The Bride was glowing in Walmart satin and lace and smiles, while the groom looked vacant but pleased with himself. The bride’s daughter, pictured in the formal Frederick’s of Hollywood gown, was clearly enjoying the festivities. I wonder if the Bearded Lady sang, “Oh Promise Me” and Carnival Games and wrestling matches were the highlight of the reception underneath the Big Tent. Perhaps, Hardee’s or Chik-fil-a catered the auspicious occasion.

Anyway, I digress. The point of posting this abomination is to share a response I made to the Skank, who has been stalking me on the Interwebs for nearly two years but I didn’t notice until I did some poking around after we found, yes, you got: Her Blog. it is devoted completely to me in order to proved she is madly happy with the Ex-hole-  and who wouldn’t be, c’mon?! Just look at him with his charming toothless smile, jet black hair and gray ‘stache. As a point of interest, the date reveals that this joyous event transpired exactly a month after he left me holding the bag. What a guy, huh?

So, when we ran across this epistle and after several reads to try and get exactly what the fuck she was she was responding to (old blog posts of mine), I decided to respond. Not as me but as a friend of mine- anonymously. Here is the comment, left on the blog for her review. Please note, none of the posts except for the first one had comments open. It has not published to the web at the time of this writing but I am certain there will be a new blog post in reaction once she reads it aloud to the Ex-hole a few times so he can tell her what the big words mean.

You are both delusional. We know the Ex-hole is mentally ill.  It is confirmed by the medical community. You probably are too, Skanky. We have no real proof of that beyond your actions. Let’s be clear here, you both betrayed her.  I know what happened. I was there to watch it.  I helped her pack up the apartment and the bag of shit he left her holding. You didn’t know she had friends, did you?  Friends who want only the best for her and clearly neither of you were.  Friends nearby neither one of you knew about.  I am one of those friends.

He did not just leave. You were supposed to be her friend, But you weren’t were you?  You befriended her because you wanted him.  He reminded you of your dead husband, isn’t that what you told her just weeks after his death?  Both of you lied and cheated for several months and laughed, thinking she didn’t know what you were up to.  The joke was on you though, wasn’t it?

He helped you clean up your derelict, decrepit, filthy, smelly, cat shit covered house so he could live there.  So bad, the cat shit had to be scraped off the floor, walls and kitchen cupboards with an ice chipper. Every wall, every door in the place soaked in cat piss and the bathroom was so disgusting the Ex-hole told her he would not use it . He even asked her to take photos, which she still has.  And what of those cats?  What about the ones you couldn’t pawn off to a rescue or were too lazy to take a shelter?  They all mysteriously died on the same day.

When your daughter moved out of her apartment where you lived with her because your house was too filthy for even you, it was so infested with gross and dirt, cockroaches were running up the walls and out of furniture.  I saw that with my own eyes.  And you talk of the Ex-hole doing all the cleaning at the apartment he had with her. I can see the cleaning skills you gave your daughter worked out well. He handed her that rap about his first wife, too.  She’s heard it all before.  In truth, he did little to no cleaning and he gave her his money because he was too lazy or couldn’t open up his own bank account.

Both of you used his darling little girl as a pawn in your deceit and dishonesty and finding immense pleasure in hurting another person.  Bravo for you.  I’m sure it makes you feel much better about yourself.  Something has to.  There’s seems to be so little about yourself to be proud of. What a sterling example you are to that child.  You’ve taught her to lie and cheat.  And you’ve taught her that deceit, betrayal and deliberately hurting others is a way of life.  You both have taught her that it’s okay to sink lower than a snake’s belly if it means getting what you want regardless of who you step on to get it. That’s some top-notch parenting right there.

She was right. There isn’t enough Holy Water on the planet to wash your black heart and moldy soul clean.  If indeed you did see her the other day, she wasn’t looking for either of you.  She has moved on.  She rarely has time to think about unpleasantness and trash and skank.  She has no need to think of your betrayal, dishonesty, and malice.  She’s busy with bigger things, more important things; things that neither of you will never ever accomplish.  She has moved on putting both a huge mistake and particularly unpleasant time in her life behind her.  Sadly, she did think she loved him, though now she wonders. It sure wasn’t the sex that kept her around.

Meanwhile, here you sit two years later with your pathetic little blog still trying to hurt her and prove you are better and happier than she is.  Why does it possibly matter , if you are truly happy?  If life is as rosy as the picture you paint, why on Earth are you still wasting time blogging to someone who has never seen and will likely never see this blog?  What makes you think she even cares about what you think or what you do?  You are both are a non-existent to her. She doesn’t owe you a thing. She doesn’t care and she’s better off that way.

I found this quite by accident and I do not intend to drag her back to a painful time in her past to make her aware of the bitter drivel you are spitting up here.  Real friends want shield the people they love and care about from harm; not create it.  I see how happy and how in love she is these days; how far she has come from that painful time.  You two are the very last thing on her mind these days and I have no wish or need to remind her.

So go on, continue to be happy with your skanky, unwashed self and be sure to cringe if you ever see her again; whatever it takes as long as it keeps you as far away from her as you can be.  She wants you to be happy because as you have said repeatedly you deserve one another.  I couldn’t agree more.

A friend of Hers, not yours.

I will close with this Meme, as it reflects my sentiments exactly:

Thanks for hanging out!

Stuff I Write About: 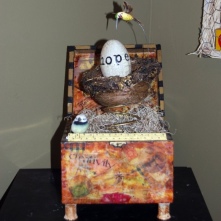 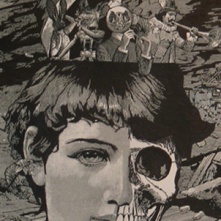 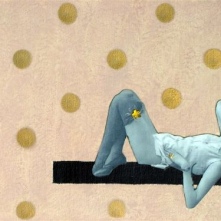 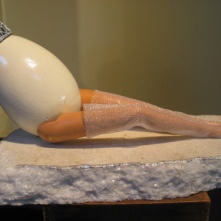 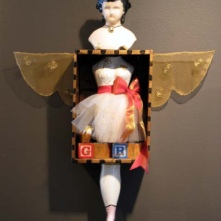 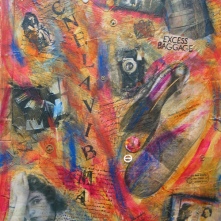 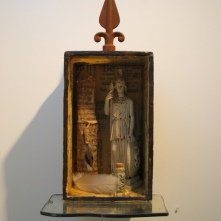 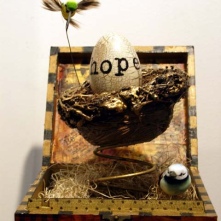 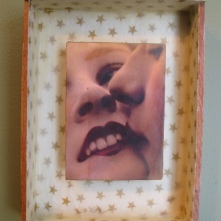 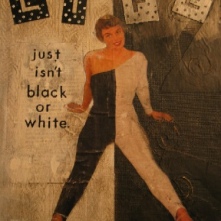 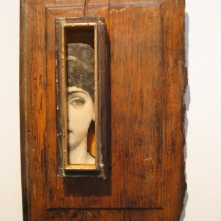 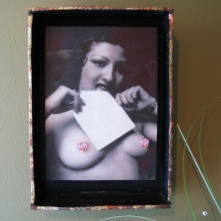 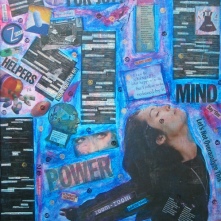 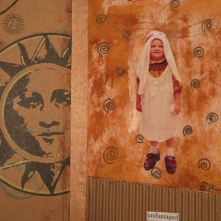 All this Patriarchy isn't going to smash itself...

Reflections on the Gods

in loving devotion to Apollon

Magickal crochet and more besides